What you waiting for?

The following is written retrospectively and NOT in real time. I am currently four years in remission and intend to be so for the foreseeable future...

Sorry for yet again another long hiatus, but this time I've had a really, really good reason which I won't go into right now, but will share at some point on this journey. Life changing, but also life affirming. Still cancer-free so no alarm bells there, but it was big enough to distract me for a long enough time and was truly worthy of my distraction!

So now the after effects have passed it's back to telling the tales of my cancer adventure and when we last met I had just had my first chemotherapy session. I'd survived it and arrived home with bags of pills and potions to help me get through the side effects of the next few weeks until my next session. I am given daily explicit instructions of what I need to do. I have tablets to help with nausea, 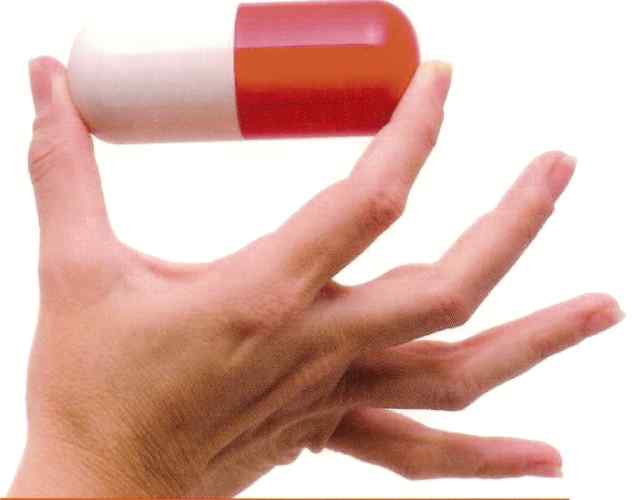 injections to keep my red blood cells up, oral mouthwash to stop potential mouth ulcers and horse sized tablets to help combat diarrhoea or is it constipation? Whatever it is for it could double for a suppository so if I can't stop the flow by taking it orally I could always shove it up my arse!

The nurse gave me a sheet explaining the where's and why-fors of the drug regime and my lovely friend who had accompanied me explained it to me, but the next morning in the cold light of day it's as if none of that explanation took place or if indeed it did it was interpreted to me in the form of a mime or even more possibly they were speaking in Swahili because as I look at the list and the packets of drugs I can't get my head around what I take first, in what quantity and what potential side effect it's meant to help with. I had decided that I didn't want to wait around for hours on end for the district nurse to give me my injections and that I was more than able to do this myself. It wasn't like I was having to find a vein. It was subcutaneous so just had to stab and push the syringe down. How hard could that be? All these years I'd been desperate to get rid of this spare tyre around my midriff, but now I know why I had hung on to it so resolutely for so long. For just this reason so I could have enough fat to shove a needle into without causing me too much pain. My very own pin cushion tummy! Well done me!!!!!

I'm still waiting for something to happen. I keep expecting some surge or rush through my bloodstream to take place, but it still isn't happening. I know it will, but as much as I'm dreading this happening I need it to so I know what's ahead of me. I take the tablets in the order I think I have to. I know that the injections into the tummy don't start until day 3 so one less thing to worry about right now. As the day progresses I start to feel something changing inside me particularly in my head, but it's very slow. No rush, no sudden change just a slow descent into a kind of grogginess and discombobulation which feels a bit like being tipsy, but without the funny, warm feeling you get. It's skipping the nice stages that you undergo when you're getting drunk and goes straight towards the, 'wahoo, I'm feeling a bit fucked and there's no turning back so bring it on stage'. And there really is no turning back and unlike being pissed I have no idea when or if the feeling will go away or is this just the start of how I'm going to feel for the next 16 weeks?

I just wish I could fast forward all of this. I have no idea what is going to happen bar what the leaflets, consultants, internet, other people tell you. Its been like trying to prise blood from a stone getting any heads up from my friends who have been through this. At this stage I don't know why and can't quite fathom out why they wouldn't be more forthcoming. Even if I am trying to be the big brave I am, inside I am fucking bricking it, bricking it bigger than I have ever bricked anything and that includes childbirth and I really was crapping myself about that one!!! I never thought of myself as a control freak, but control freaky is now set to 11 on the dial that only goes up to 10 (my Nigel Tufnel, Spinal Tap moment!). I NEED TO KNOW WHAT IS GOING TO HAPPEN!!!!! But it doesn't matter what I need to know because the drugs know what they have to do and right now they are making me wait. Teasing me with the weirdness, with the waves of strangeness, with the sudden rushes of oddness then nothing. Little do I know that there is no BIG MOMENT, no BIG THING, no SUDDEN TURNING POINT.

Quite simply there is no definitive feeling or moment, because the drugs bring on reactions differently in different people. I suppose your tolerance levels kick in and depending on the individual it will effect you in more or less of a way. However at this stage I don't know this and have no idea that this is how it works. I just expect there is a standard response and most people will respond in that way. I know, I know. What a stupid assumption, but you know what? Cancer didn't even figure in my life until now and as I mentioned in a previous post I just assumed cancer, was cancer, was cancer. Obviously they occurred in different parts of your body, but if you had it, you had it and that was that and it was all treated in the same way with varying degrees of success.

It never occurred to me that it would be so nuanced, so tailored, so specific and that the outcome could vary so much. And that's because I didn't want to or have to understand it. It was something that happened to other people, but it wouldn't happen to me. That's not being selfish or dismissive or not caring about the people it did happen to. It was just that I didn't have to understand it any further than the usual responses that occur when you hear someone has been diagnosed with a potentially life threatening illness. The appropriate responses you make because you want to show you care and have some degree of empathy. However it really is not much deeper because it hasn't impacted on you. You've not been the patient, the carer, the family member whose had to live through this first hand. You've watched from the sidelines and from time to time cheered them on. And that's ok. That's where I hope most people get to stay. On those sidelines. No reason to be part of this unwanted and quite frankly unseemly freakshow that has me sitting in a kitchen waiting and waiting for something, any fucking thing to happen so I can have my eureka moment.

But as I sit here waiting and waiting I realise that this is the eureka moment. That this is it. And for the foreseeable future this really is just it. Maybe more, maybe less, maybe bearable and at other times more unbearable, but it really is just this. Nobody can prepare me because they don't know what will happen to me and how this cocktail of drugs will make me feel. The experts don't really know if this particular cocktail will help me. They can only predict that it will based on how it's helped other people like me with this type of cancer. But they are not me and I am not them so nothing is a given. Nobody knows how their cancer will respond or react. What will or won't happen?  So all I can do is just wait. Wait for the drugs to take their course. Wait for how my body responds. Wait to see how I feel as the weeks progress. Wait to see if in the end all of this has been worth it. There is nothing more I can do but wait. So wait is what I do - though what I'm waiting for who the hell knows...

ihappynow
Just some musings on my life in a house lived in by three generations. Things started off crazy with my elderly mother with dementia and her mad antics. Add to that my son with Little Lord Fauntleroy tendencies and a spot of breast cancer and there you have my surreal but very real life...Enjoy?!!!